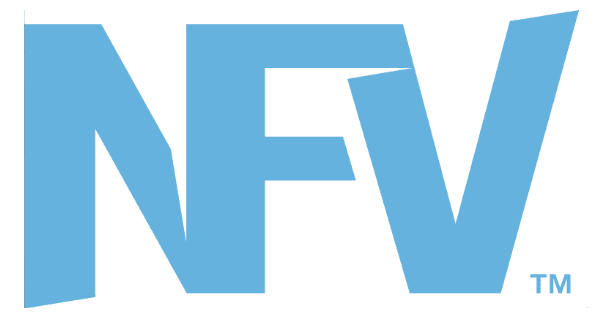 North Fayette Valley was created by a vote of the school boards of North Fayette and Valley Community School Districts in February of 2013.  The Decision to Whole Grade share for three years morphed into a five year commitment due to overwhelming support of students, parents and patrons of each district.  The NFV TigerHawks were created by a committee of students who voted the name, adopted the mascot, and determined school colors; columbia blue, silver and black.

A Citizens Advisory committee formed in 2016, and recommended to both districts that a vote to be reorganized be held in February of 2017.  The resolution to reorganize and become North Fayette Valley Community School District was passed in both districts with 95% approval.

From this data the Ad Hoc Committee was tasked to develop 1 or 2 statements for a Mission (What we DO), and a Vision, (What are Graduates will be like) for our new district.  The Ad Hoc Recommends:

The NFV Mission is to;

The NFV graduates will be;

We are, Proud to be NFV 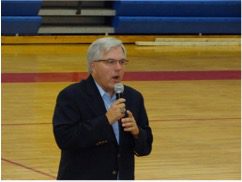 Spirit of NFV was composed by 1980 Valley High School graduate Al Greener in 2013 and contributed to North Fayette Valley High School in its first year of whole-grade sharing.  Greener serves as the Director of the University of Louisville Pep Bands, where he also composed their fight song All Hail, U of L.  Greener debuted the new school song when he was a guest at Valley’s final athletic banquet.  He returned in September 2013 for the inaugural NFVHS football game to rehearse with the marching band and conduct them the first time the song was played for North Fayette Valley High School.  From its inception, the TigerHawk football team has sung the song to the fans at the end of each game, and the seniors have sung it as part of their graduation ceremony.

Black, Columbia blue, and silver are the school colors.  They were selected by a vote of high school students in grades 9-11 from both Valley and North Fayette.  An ad hoc committee of students worked through a process to select three-color combinations for the students to choose from.  A somewhat arduous task eventually resulted in a unique color combination that is distinct and provides a unique look for the students that represent North Fayette Valley.  At the time they were adopted, no other school in Iowa had this color combination, providing the new school with a strong identity.  For purposes of consistency in the production of articles in the school colors, the official colors are black, Pantone 292 (Columbia blue), and Pantone Cool Gray 6c (silver). 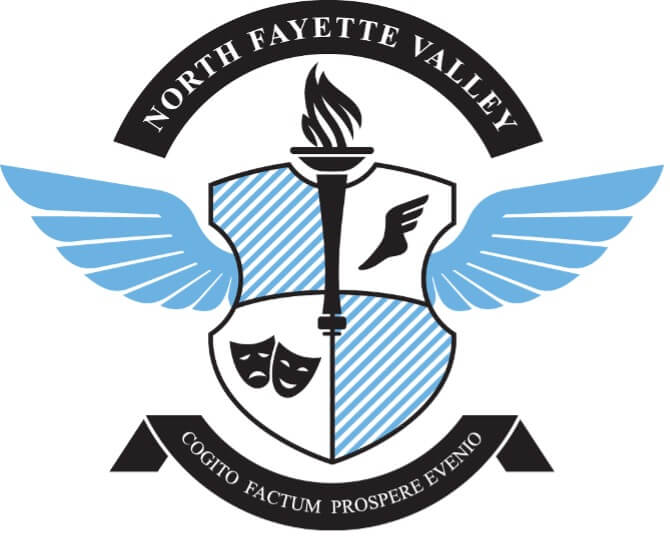 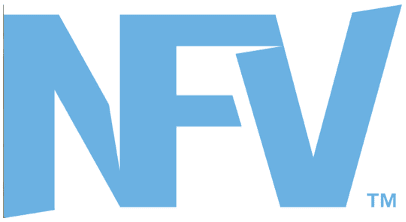 TigerHawks.  As the selection of the school colors, an ad hoc committee of students from North Fayette and Valley worked through nearly 50 suggestions from the communities.  TigerHawks rose to the top through the balloting process, and thus North Fayette Valley became the second school in Iowa to have that nickname.  The nickname pays homage to the Tigers of Valley and the Hawks of North Fayette, and to recognize the history, it was decided to capitalize both the T and the H.

Bill Bollman, North Fayette High School graduate and professional graphic artist from Cedar Rapids, submitted the winning mascot.  The mythical creature –  TigerHawk – is a combination of a tiger, the Valley mascot, and a hawk, the mascot from North Fayette.  The most common mascot used is predominately Columbia blue with black stripes.  Other combinations are used as well.

Josh Peterson, also a North Fayette graduate and professional graphic artist from Waverly, submitted the linked NFV that is used to designate our school in a number of different ways.  It is most often seen in Columbia blue but is also used in the other school colors.

The school crest was designed to represent the various aspects of North Fayette Valley High School and serves primarily as the official symbol and seal for the school.  The Latin motto translates to Think. Work. Achieve.